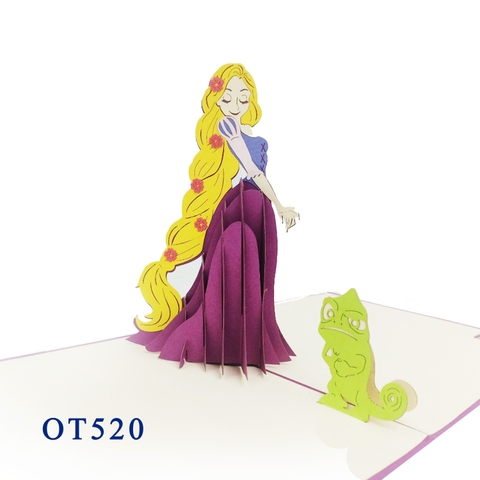 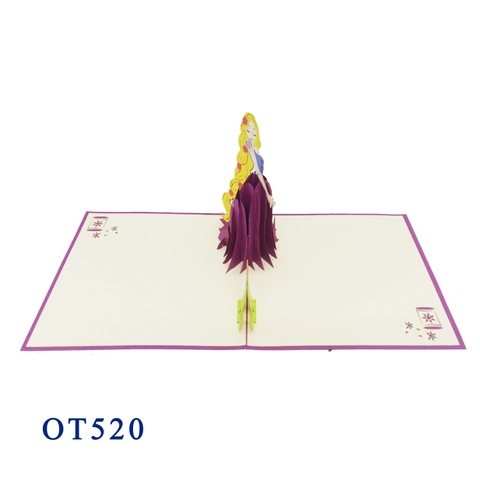 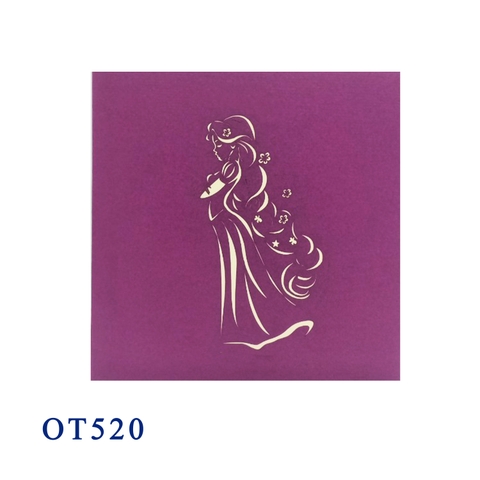 Rapunzel's hair stands as the symbol of her guardian's trust: her maidenhood. But as the Witch calls for her hair day after day, her hair becomes, not only the emblem of her womanhood but the mark of her captivity."

Rapunzel is a German fairy tale about a young woman named Rapunzel with impossibly long hair and who lives alone in a tower, held captive by a witch. It's also the German name of a vegetable commonly used in salads. Related words: Brothers Grimm. Disney princess.

Tangled Princess - Rapunzel is a well-known Disney character for not only kids but also adults. We all fall in love with her personality and will power. This card is perfect for birthdays, anniversaries, and ceremonies.