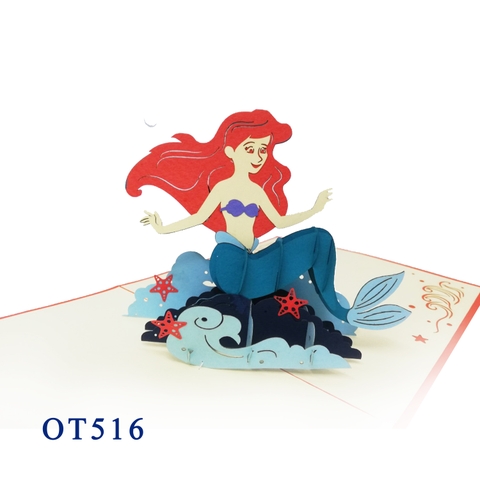 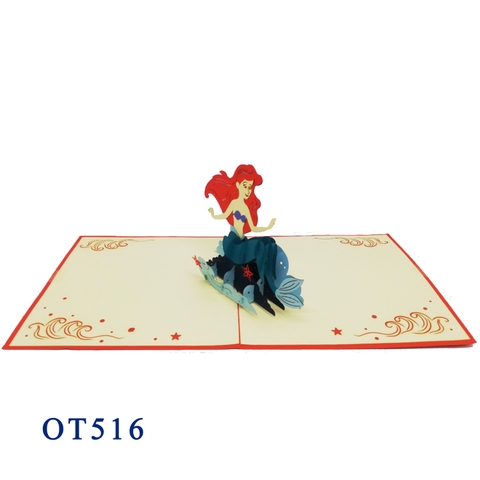 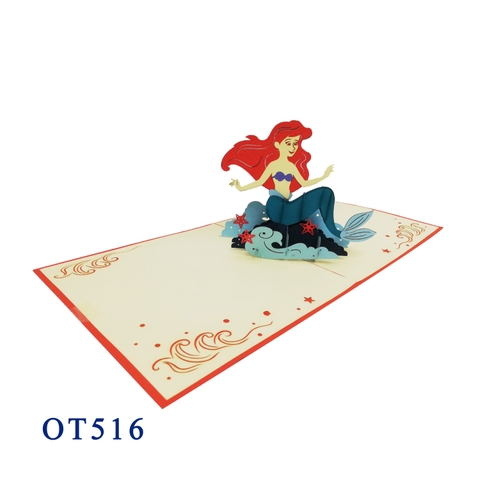 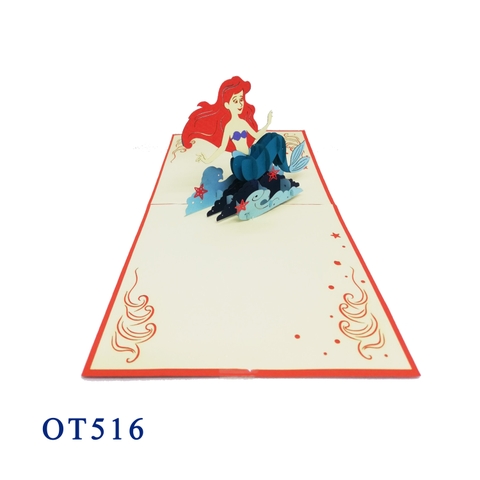 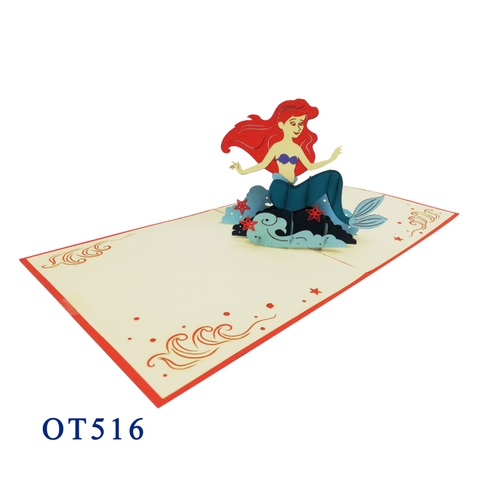 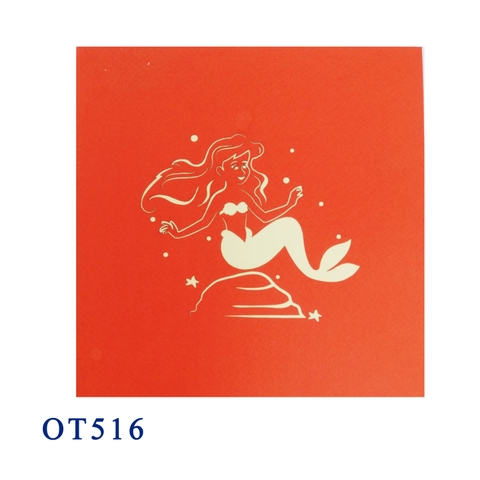 The Little Mermaid Pop Up Card

Mermaids embody the sacred feminine: The concept of mermaids was likely influenced by goddesses in Greek Mythology, such as Venus, the goddess of love, and Amphitrite, the goddess of the sea. Mermaids symbolize renewal: Since mermaids are tied to a water element, they embody the revitalization that water brings.

Inspiration for The Little Mermaid Pop Up Card

In sailor folklore, mermaids represent both good fortune and disaster. As sailors spent months, sometimes years traveling across vast oceans; it's not surprising that beliefs and superstitions of figures controlling the unpredictable weather appeared in nautical stories over the centuries. The Little Mermaid is a Disney movie from 1989, which has been based on the fairy tale by Danish author Hans Christian Anderson from 1837. It's a mythological story that symbolizes the initiation of females into the world of men when the father is absent.

Occasions for The Little Mermaid Pop Up Card

Mermaid Princess - Ariel is a popular Disney princess. She inspires us with her love story and the will to do everything for her loved ones. This card is perfect for children on their birthdays. Or used on anniversaries or ceremonies.