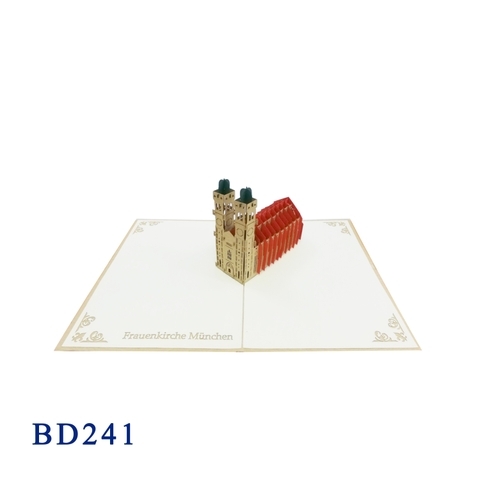 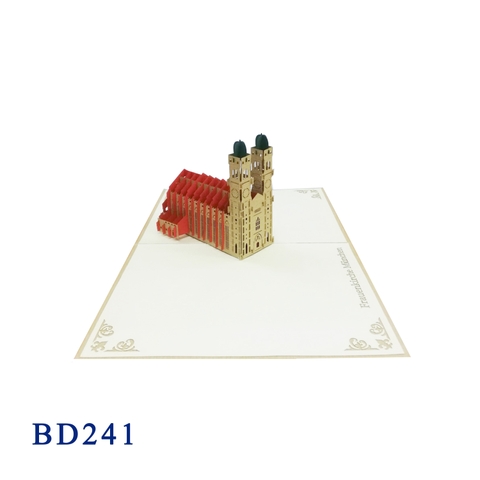 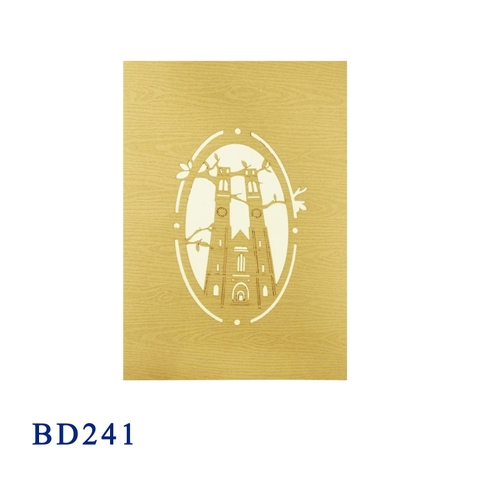 This symbol of Munich was seriously damaged during World War II. But today the two green domes of the church rise proudly, striking against the Munich sky.

A plethora of legend and tail have been told about the ancient Frauenkirche München . The black footprint near the entrance is called Devil's Footstep, Frauenkirche's most notorious feature. There are many fascinating and vague local legends about the origin of this mysterious trail.

Frauenkirche München Pop Up Card is a representative of Munich's history and culture. This card is a wonderful souvenir for your family and friends.