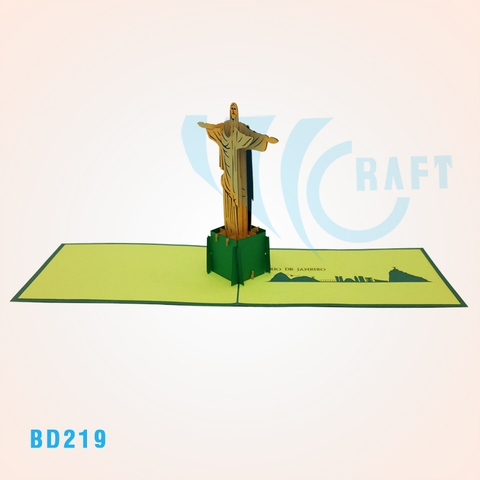 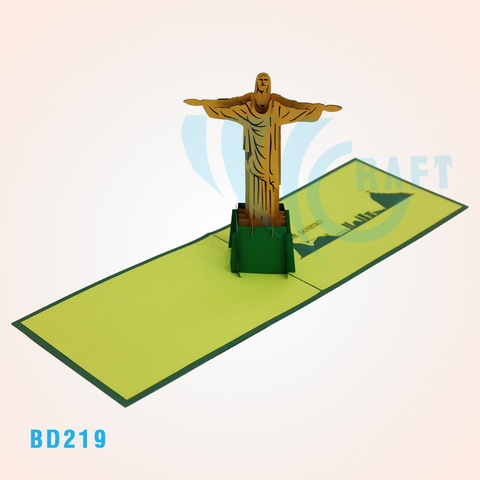 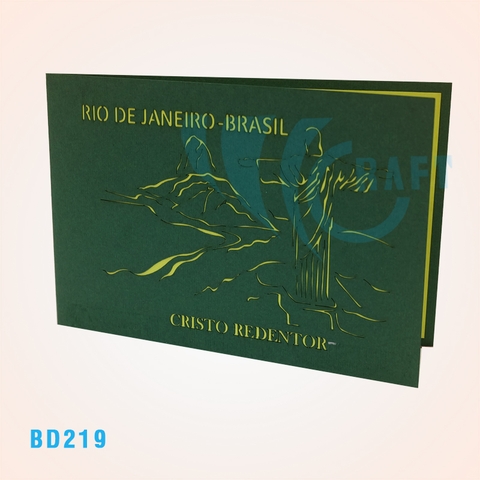 Christ the Redeemer, Portuguese Cristo Redentor, colossal statue of Jesus Christ at the summit of Mount Corcovado, Rio de Janeiro, southeastern Brazil. The statue which itself is situated on a deck atop the mountain’s summit. The statue is the largest Art Deco-style sculpture in the world and is one of Rio de Janeiro’s most recognizable landmarks.

It wasn’t until after World War I when the Roman Catholic archdiocese in Rio and a group of locals started becoming concerned about the “lack of religious faith” in the Brazilian community, and it was hoped that by placing a massive statue of Jesus on top of a mountain in Rio, it would rebel against what they saw as an “increasing godlessness” in the country. It was requested that the statue be placed on the summit of Mount Corcovado so it would be visible from anywhere and everywhere in Rio.

Christ Statue Pop Up Card is an outstanding gift for your family and friends. It could be use as souvenir, to represent all the fascinating stories you experienced in Brazil.