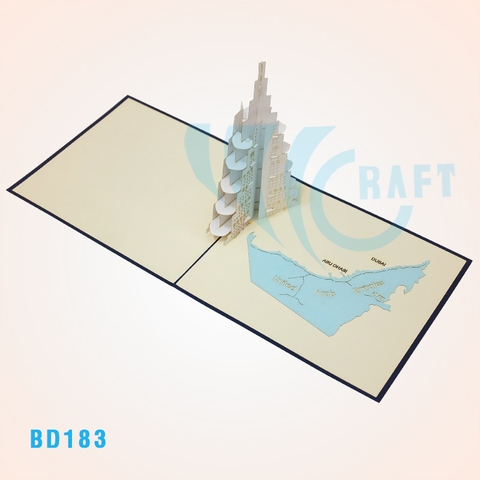 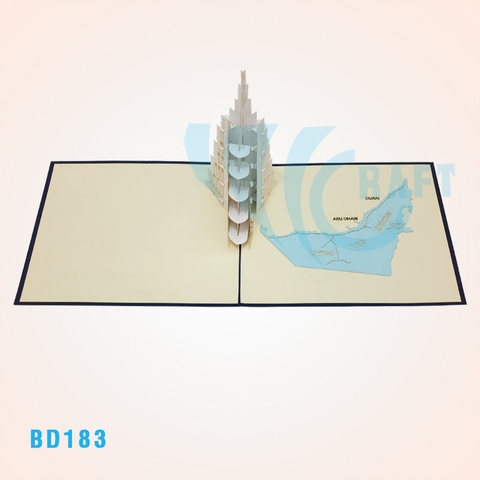 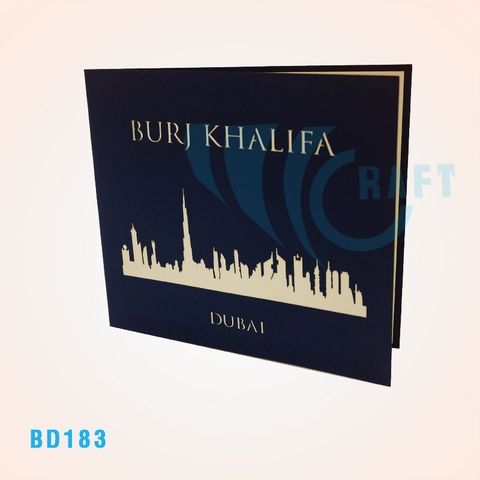 The Burj Khalifa height is a staggering 828 meters (2716.5 feet) tall, soaring over Dubai. It's three times as tall as the Eiffel Tower and nearly twice as tall as the Empire State Building. Laid end to end, its pieces stretch over a quarter of the way around the world.

The Burj Al Arab is one of the most luxurious hotels to stay in. It has been called “The World's Only 7 Star Hotel”. In 1993, architect Tom Wright of WS Atkins took on the challenge of creating this groundbreaking superstructure. From the very beginning Burj Al Arab was planned and designed to become the icon of Dubai.

Burk Khalifa is not only an unique and mesmerizing landmark but also the icon of Dubai. The Burj Khalifa Pop Up Card is perfect as souvenir for your family and friends. This card is worth more than thousand words to describe the grandeur Burj Khalifa.