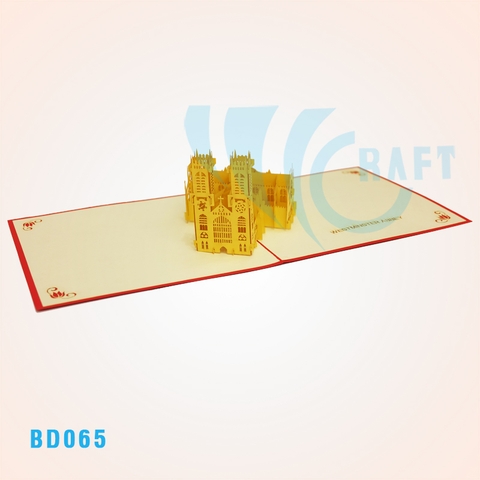 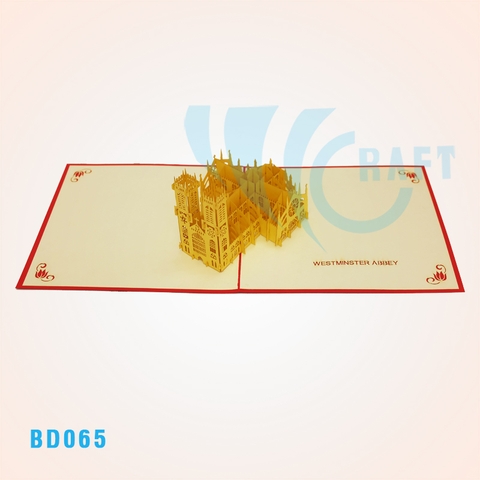 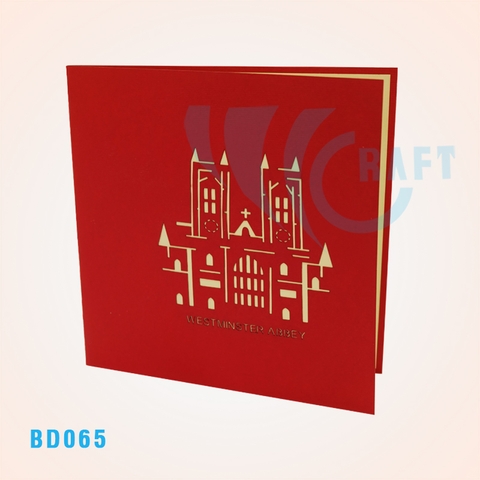 The current Westminster Abbey was started by Henry III in 1245 and is “one of the most important Gothic buildings in the country, with the medieval shrine of an Anglo-Saxon saint still at its heart.”

The practice of burying national figures in the Abbey began under Oliver Cromwell with the burial of Admiral Robert Blake in 1657. The practice spread to include generals, admirals, politicians, doctors, and scientists such as Isaac Newton, buried on 4 April 1727, and Charles Darwin, buried 19 April 1882.

Westminster Abbey Pop Up Card is a significant gift, represents the ancient and fascinating architecture of London. This card is perfect for birthdays, anniversaries, and ceremonies.