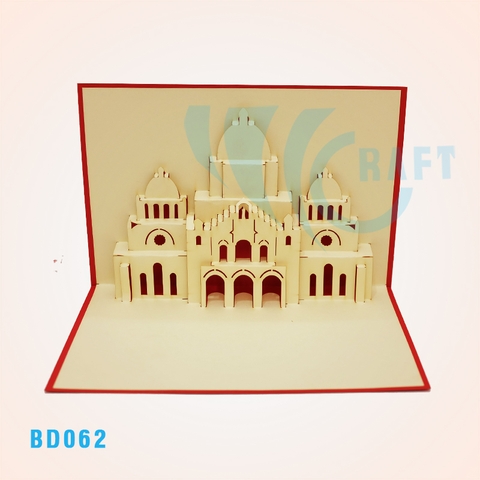 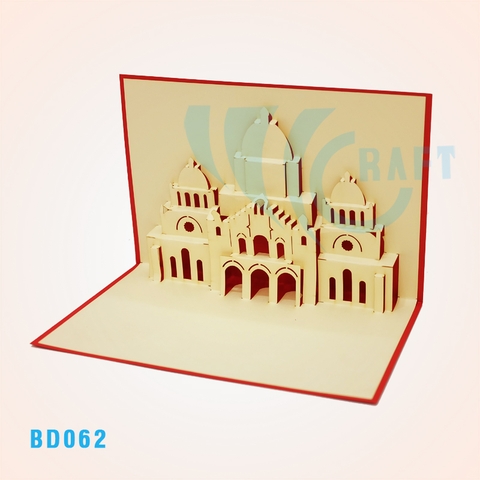 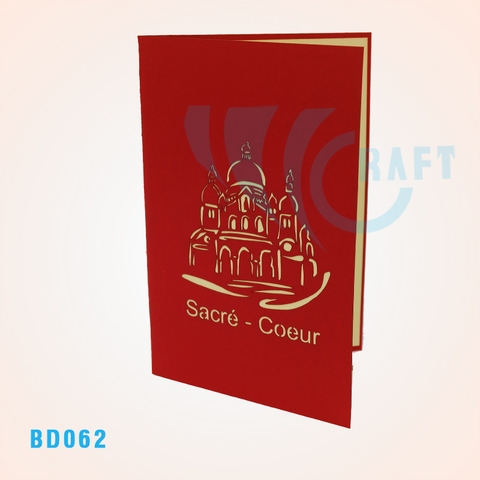 After the Franco-Prussian War ended in 1870, the people of France decided to construct a church in honor of the Sacred Heart in Paris on the butte Montmartre. Originally the funds for the construction of Sacre Coeur were to be only from wealthy donors.

Inspiration for Sacre-Coeur Pop Up Card

The Sacred Heart Basilica of Montmartre, or Sacré-Coeur, is a Roman Catholic church and a famous landmark in Paris with a deep and complex history as it is not only a religious monument but also a political one. The site has been around since pagan times through the Middle Ages and French Revolution.

Occasions for Sacre-Coeur Pop Up Card

Sacre-Coeur Church Pop Up Card is a significant gift, represents the ancient and fascinating architecture of Paris. This card is perfect for birthdays, anniversaries, and ceremonies.