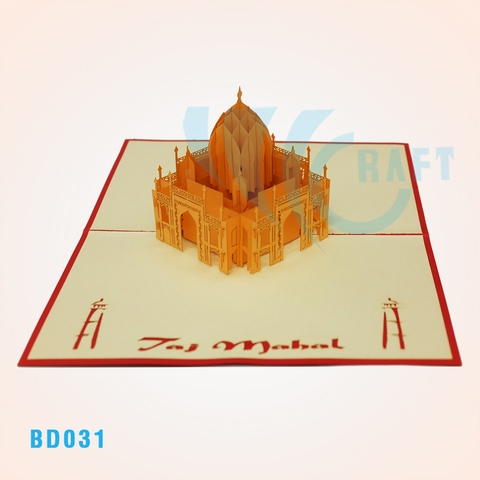 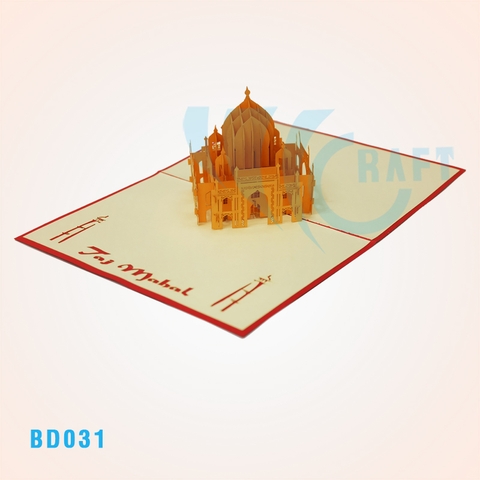 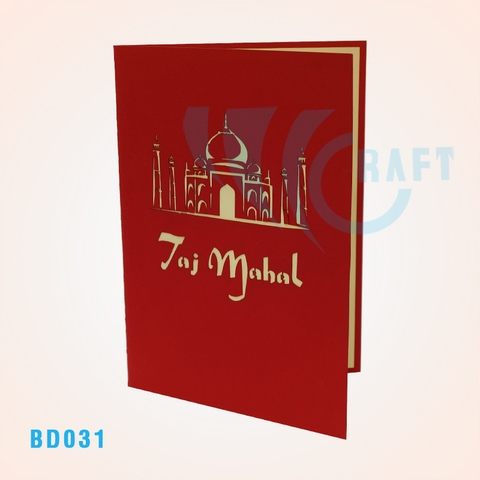 The Taj Mahal was built as a tomb for Mumtaz Mahal (“Chosen One of the Palace”) by her husband, the Mughal emperor Shah Jahān (reigned 1628–58). She died in childbirth in 1631, after having been the emperor's inseparable companion since their marriage in 1612.

An immense mausoleum of white marble, built in Agra between 1631 and 1648 by order of the Mughal emperor Shah Jahan in memory of his favourite wife, the Taj Mahal is the jewel of Muslim art in India and one of the universally admired masterpieces of the world's heritage.

Taj Mahai Temple Pop Up Card is not just an impressive, mesmerizing representative of India, but also a meaningful present for your family and friends.