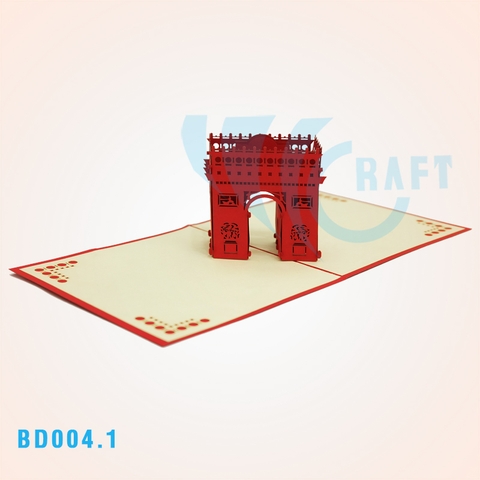 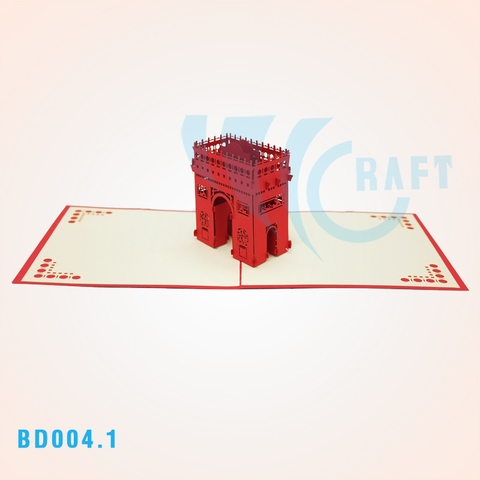 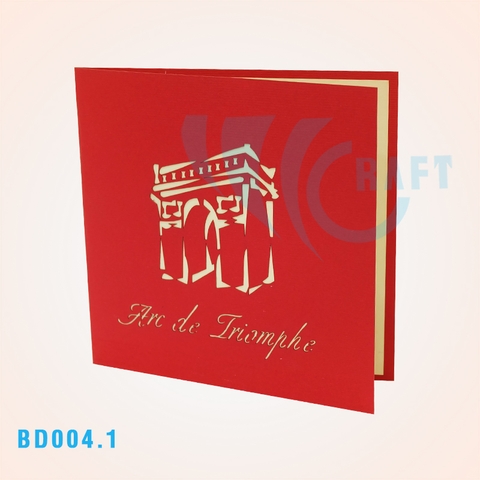 The contraction of the Arc was commissioned by Napoleon on August 15th in 1806. It was his intent to honor the great French army in some way; a force that he deemed invincible considered they had conquered most of Europe.

The Arc de Triomphe honours those who fought and died for France in the French Revolutionary and Napoleonic Wars, with the names of all French victories and generals inscribed on its inner and outer surfaces. Beneath its vault lies the Tomb of the Unknown Soldier from World War I.

Arc De Triomphe 1 Pop Up Card is not just an impressive, mesmerizing representative of French, but also a meaningful present for your family and friends.