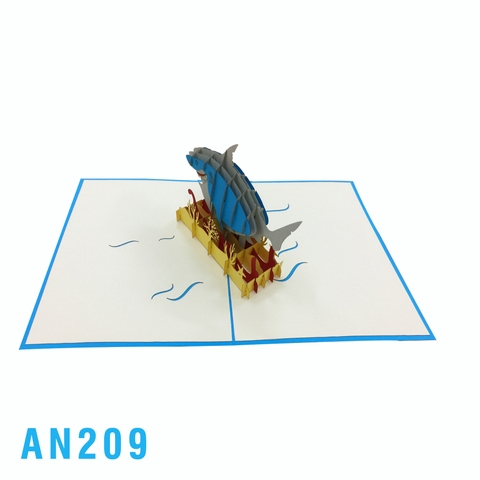 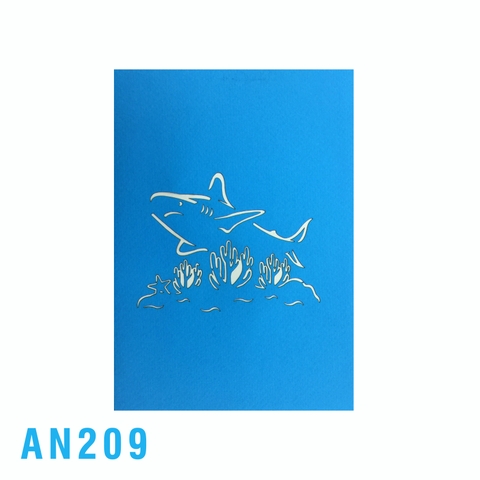 Sharks are a large group of fish that have inhabited the oceans for over 400 million years, even before dinosaurs populated our planet.

Our rampage predator usually bears a bad reputation, the shark is such a familiar face to kids as the villain’s role. But what is a captivated story be without an evilest villain?

Inspiration for the Blue Shark Pop Up Card

Unlike the dog spirit animal, the most common shark symbolism is power. The shark spirit animal exudes power, superiority, and authority in its natural environment. This indicates the need for you to fight for what you want. Do not back down, and be steely in your resolve to show everyone who is in charge.

Occasions for the Blue Shark Pop Up Card

Blue Shark Pop Up Card is an exotic and unique gift for your youngsters.

his card is perfect for birthdays, anniversaries, and ceremonies.